I’ve been quite into twittering lately,  I can’t believe I didn’t use it before – it’s pretty useful if you use it right.  In my journey to explore what can make your twitter experience the best, I decided to learn more about the most successful tweets ever.     What were they made of, and why were they so successful?      If you are interested in making your tweets seen and you want people to like, and re-tweet them read on!     Here are some goodies that can help you make some nice BANK on twitter 😉

After spending lots of time researching the most popular tweets, making it easy to predict the ones which will achieve success, and the results are in!   Research shows that there are a few points which relate to success of a tweet, and now you have the chance to learn everything about them. This will undoubtedly lead to your tweets being noticed often and eventually shared more.

Read on and learn everything about key components which will make your tweets get re-tweeted and added to people’s favorites!

This means that you should say something as plain as it can be, without using sensationalism as an appeal.

You get the idea. You should also tone it down with using “largest”, “newest”, “oldest” etc. All of these superlatives won’t do your tweets any good. Of course, you can and should use these words in the headlines of your blog posts.

Just make sure that you aren’t using them in your tweets.

Using popular names in a tweet makes the mentioned tweet popular, it’s that simple. Using a name like Miley Cyrus or Bill Gates is a sure way to get a tweet mentioned and shared.

This shouldn’t mean that your tweets have to be actually about them. You are free to use the names of famous people in the headlines of your tweets.

You should definitely search Google News, and see whether you can find a popular trend and use it in your tweets 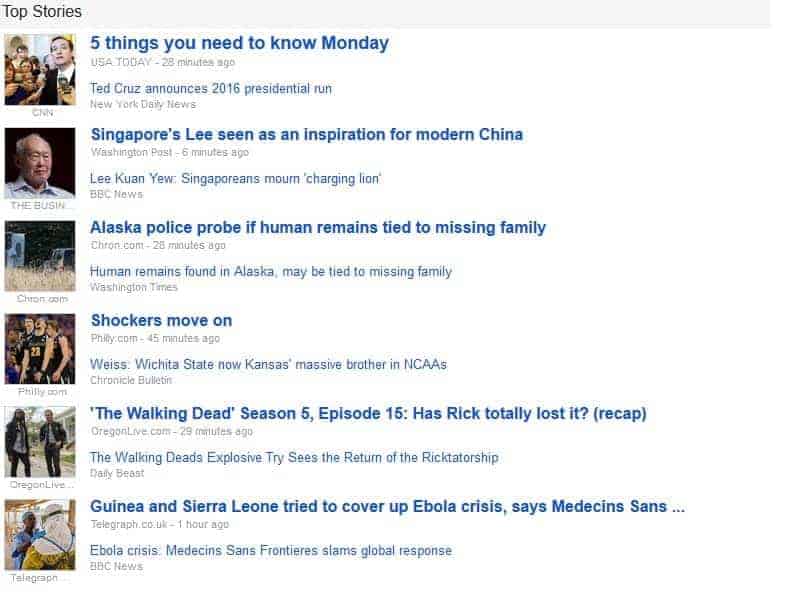 After checking out the Google News, you should use the names noticed in top stories, events are good too. As you can see, the name Ted Cruz is easily noticeable in the first top news story. This means that your tweets should look something like this:

Remember: Using a famous name doesn’t mean that the tweet has to be about the person whose name you are using.

Another good place to find popular names is Google Trends. It is easy to use and it should give you more than enough good ideas. 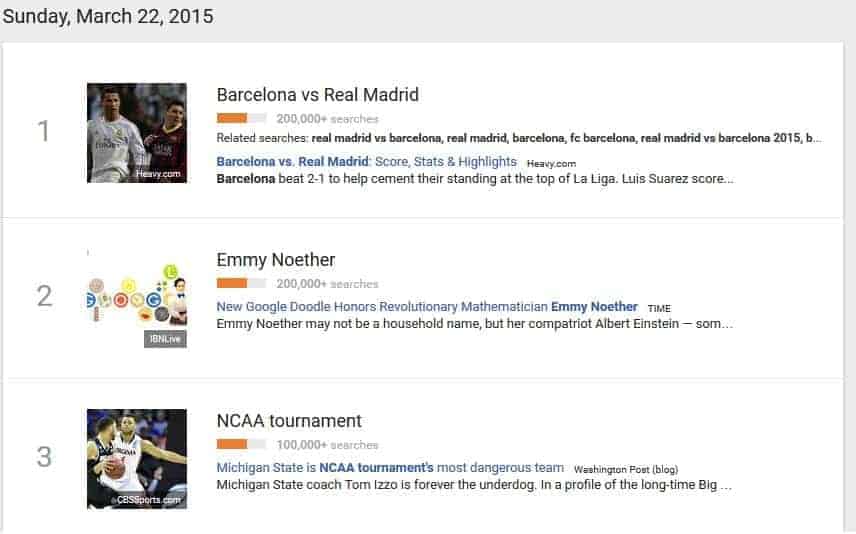 It is obvious that the names Barcelona and Madrid can be used in your tweets, as well as Emmy Noether. Your tweets could look something like this:

Be creative, think of new ways you can incorporate famous names into your Tweets, and you will find out that your tweets are being noticed.

When talking about successful tweets one cannot omit to mention the news category of the said tweet. Graph below shows it clear as a day, it is obvious that the “technology” news category was one of the most tweetable ones.

After “technology”, you can see that “health” and “fun stuff” were the most tweetable ones. This is a sign that you should pick your audience sensibly. It is obvious that people who tweet about technology are the ones who also love technology. To put it in other words, audience is prepped for tweets related to technology.

Most of the people, usually, build their Twitter account with several different interests. This means that you are probably tweeting to a general audience. Instead of hoping that your tweet might catch the eye of some of your audience, you should target your tweets, and this is how you do it:

You should know first that lists are used for reading Tweets only, you cannot send or direct a Tweet to members of a list. This means that everyone on the list will be able to read it.

After you have created your list and added members to it, you can now target your tweets to the list. Bear in mind that you can direct your tweets to lists which are not created by yourself as well. Format your tweets like this:

This might not be the best way to target your tweets, but it is the best way until Twitter creates new and helpful functions.

Another way to get the maximum exposure for your tweets is to find out when your audience is most active. 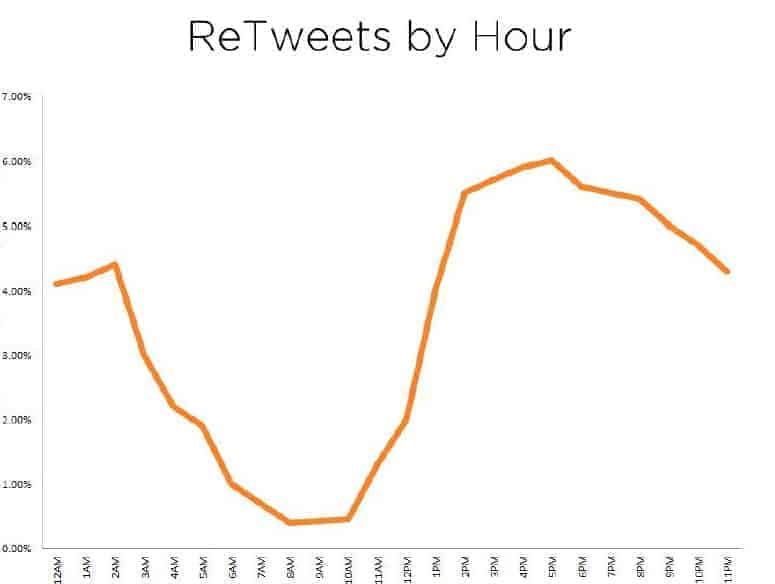 This graph shows us that the best time to tweet is 5 PM.

Looking at this graph tells us that  if you want to get the most click throughs, you should tweet at noon and around 6 PM.

This graph tells us one more thing. The best days for receiving the most click throughs are during the middle of the week.

This doesn’t mean that you should use the mentioned data without testing it yourself. Gather your own data and see what works best for yourself. You have to understand your audience, and the best way to do it is to test, test and test some more!

Component #4: Who is posting the article?

It is obvious that neither you nor me don’t have much impact on Twitter as BuzzFeed or other well-known names. We could post the same tweet, but guess which tweet will have a bigger impact, not ours.

If you don’t have a high Twitter profile, you can try writing for someone else. Approach some high-profile sources and ask whether you can write for them. Nothing wrong can happen, you should be persistent and eventually you will make it. Good content is always sought for, so make sure that you give it a try.

You can also try promoting yourself by writing something worth a tweet. Get the attention of those high-profile targets by emailing them or tweeting them.

Creating a brand takes a lot of time, you shouldn’t even think about taking shortcuts, start doing it now!

Component #5: Test, test and then test some more

I have already mentioned the importance of testing, but I have not told you just how important it is. It is important as all of the previously mentioned components, and even more!

Never take advice from someone without giving it a proper test. Just because something works for someone else doesn’t mean that it will work for you. Many variables go into success of a tweet. This means that you should experiment and discover what works the best for your tweets.

How should you go about testing? Four previously mentioned components are an integral part of testing and you should use them to test your tweets like this:

Remember to take a look at the two most obvious metrics:

Testing is awesome it won’t cost you anything but your time, but it always gives important data. Do it for as long as you would like and as often as you want to. This is a must if you would like to create some of the most popular tweets.

You should definitely come up with your own formula for a perfect tweet. Try many different combinations of the components I have written about above and you will eventually get there.

Do not be afraid to experiment, soon enough you will notice that your tweets are being recognized and shared and you are sending more traffic to your offers resulting in higher CR and more ROI!

Do you have some questions? Visit iAmAffiliate Marketing Forum, and ask freely!